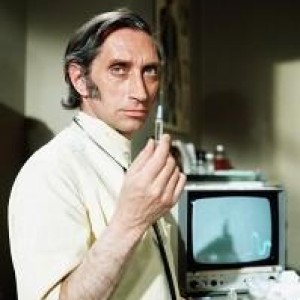 September 22, 2010
My bad - it looks like I might have created a duplicate of http://www.aninacollins.com/Crowded-House-Temple-Of-Low-Men/release/2052994. Give me a day to double check - I don't have the CD with me.
Reply Notify me Helpful

Supertramp - Free As A Bird as reviewed by timhorton69

One can't help mentioning that this is Supertramp minus Roger Hodgson, yet this is one of the band's best albums, demonstrating perhaps more than any other album that there were two great songwriters in the band. Rick Davies' songs carelessly scatter over a whole crazy mix of genres, always circling around his main themes - a sense of loss and lack of personal control, all the while trying to find order in the finer details of life. He's always had a unique - and oddly retro - take on the jazz/rock interface, through his metamorphosing of big band jazz into hard rock, which he updates here with the spinningly expansive "You Never Can Tell With Friends". This feel infuses a couple of other songs - the Latin/jazz influenced "It's Alright" and "I'm Beggin' You" (and to a lesser extent on "An Awful Thing To Waste"), while reggae makes an unexpected appearance on "Thing For You", and the never too distant gospel lifts up the title track, one of the best Supertramp songs ever committed to record. Davies' matter-of-factness marbles the remaining tracks, so that with the trio of "Not The Moment", "It Doesn't Matter" and "Where I Stand" (co-written with Mark Hart), the power rhythms of Siebenberg, Thomson, and Reid, aided by some carefully targeted programming, seem to drag along a reluctant narrator who always seems to be watching his life pass him by, and whose attitude to life seems to muddy the trajectory of the music. The album ends with the clattering "An Awful Thing To Waste", where the noise and bother of the music once again seems to roll over the top of the narrator, who seems to chase after something never quite achieved.

For me, the band hasn't seemed this cohesive since "Even in the Quietest Moments...", and there is an intimacy and interior quality to the songs that seems to have been lacking from the band since that same album. Any pretension to bombast on "Free As A Bird" always gets turned inwards, as with "You Never Can Tell With Friends"; but conversely, there is also a sense of recklessness and setting free (even if dealing with the smallness of one's own emotions) in all the songs, even to the crazy absorption of Latin influences in "It's Alright" and "I'm Beggin' You". Much of how this works is through the much heavier rhythmic feel of the album (noting that this is the first and only Supertramp album I'm aware of that had house versions of a couple of the tracks), which seems to pick the songs up from the band's erstwhile heavy content focus, driving them to a more abstract location, freeing them in a sense from content; so that it's all Davies can do to keep up with this lyrically, and there's a constant sense on the album that his lyrics keep dropping things behind, dropping bits of himself, dropping his emotions, dropping his care for himself or for others. To me, the song that illustrates this best to me is "Not The Moment", where the lyrics entirely deal with Davies not being who he ought to be or where he wants to be, all the while he's trying to find out exactly what or where he should be - but all cast through what Davies understands of what his partner understands of him. A constant inversion that never quite seems to end up anywhere.

May 7, 2010
I have what appears to be the same release but the timings on the tracks are different according to the labels, so I'm not sure if it is in fact the same release. I'll edit this or copy to a new release depending on what the contributors say. My release is distributed by EMI.
Reply Notify me Helpful

April 23, 2010
Perhaps the various Reet Petite releases need to be restructured - surely the 80s releases should be put into one master release separate from the '57 release? There are also a couple of other 80s releases not listed under this master release.
Reply Notify me Helpful

Wham! - The Remix Of Everything She Wants — timhorton69

April 22, 2010
Shouldn't the correct title of this release be "The remix of Everything She Wants"? (see reverse of sleeve)
Reply Notify me Helpful