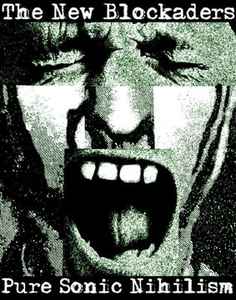 Profile:
Beginning in the early 80s, The New Blockaders sought to use and modernise ideas from Luigi Russolo and the Futurist movement through newly available electronic equipment, quickly becoming one of the more important bands of the early noise and industrial scene with a number of highly charged and confrontational performances and critically regarded recordings. While performances have grown rare in recent years, the collective remains active, prolifically recording and releasing new material.

NOTE: DO NOT ADD ANY MEMBERS TO THIS GROUP. All other artists who are 'members' of TNB for a particular release should be listed in the Extra Artist field on the release.
Sites:
thenewblockaders.org.uk, Facebook, Twitter
Members:
Philip Rupenus, Richard Rupenus
Variations:
Viewing All | The New Blockaders
New Blockaders, TNB, TNB Orchestra