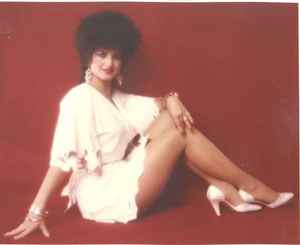 Disco, Hi-NRG, Club/Dance and Dance-pop singer. She began singing with her brother, folk pop singer-songwriter James Lee Stanley and sister (Sandra) by the time she was six. She scored many dance chart and dance radio hits from the late 1970s to the late 1980s.

Many of her live performances can be found on Facebook, YouTube and MySpace. She continues to release recordings and tours extensively with many of the cruise ships and Atlantis Events.
Sites:
pamalastanley.com, Wikipedia
Variations:
Viewing All | Pamala Stanley
P. Stanley, Pamela Stanley, Stanley, T. Pamala Stanley