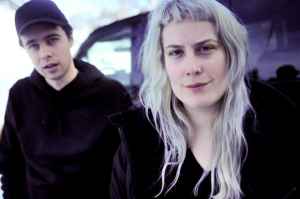 May 16, 2022
Must’ve been destiny? My recent re-introduction to underworld/underground, a re-discovery shall we say, considering world dis order as it is, timing is perfect. My first encounter B.H. I thought, right away, that beat, the Melodie’s, the drifting, and bam, it was like a time tunnel back to the mid 80’s, and my hypnotized ears going, that is wicked. Like a dog to a bone, once this happens, you are the musics slave. Being from the big easy, I never let one genre or style totally capture me, thus, how I fell in to the “non techno” underground crowd, we called, “Goth”??? Naw that whattin it, then wth was it, ughhhh, I termed it, “Alternative Underground”, or “Techno Pop”. This sound led me to Acid House, and between all the electro and freestyle, and break beats, I would choose based on my mood, and type of people I wanted to hang with once I was done my gig work. What a relief to go from some wedding schism, to the deep dark void of this., delightful weirdness.

I had a wonderful Dj life. Certainly not in a $$$ sense, but depth and variety. Mostly gigging non club crowds, (boy did that change in the early 90’s, I played w a dozen Grammy artists, super bowl player only party, etc etc.), I would venture out most times, and make the riskiest place, the last stop, which more often than not, was “The Blue Crystal”. This where I wet my whistle, ( mostly gawk and stare), at the characters that made the scene. The hardies, the lites, the not dressed for this crowd at all peeps like me, and the confused and wonderful as they wore their emotions on their sleeves for all to see. The dj’s, most in New Orleans, took on dj roles at underground joints pretty seriously, were really good, and very private. I honed my people/dj skills in this scene, learning to find which dj’s were cool, and had the skills and the confidence to let a stranger “in”. The people made the joint. Dj/music second. The recreational material, well, that’s a book I write in my sleep when I hear bells and whistles, and yes, chains crackling in sync with a beat.

Years later, I became one of the biggest Dj’s for my time, in The French Quarter, home to the “Original Goth” life styles, and witnessed things in back rooms above strip clubs, I would gig, that Discogs would ban me, and you would probably too if I ever told. ??????