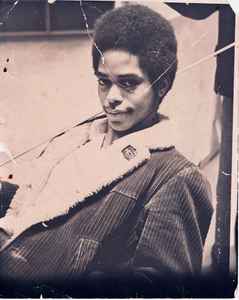 Real Name:
James Philip Mason
Profile:
James Mason was a guitarist and keyboardist who in the late 70’s was a member of Roy Ayers Ubiquity band, the name he chose because ubiquity means a state of being everywhere at the same time. Mason made his most prominent appearance on the 1977 LP Lifeline and its Mason showcase cut "Running Away."
That same year, Mason recorded his debut solo album, Rhythm of Life, for the tiny New York independent label Chiaroscuro.
In the early 80’s, Mason recorded a demo to try to get another LP released.
In Groups:
Roy Ayers Ubiquity, Wuf Ticket
Variations:
Viewing All | James Mason
J. Mason, James Manson, Mason

June 19, 2021
Instead of these confusing, scattered 12''s, 7''s and CD's, James should gather ALL of this material and invest in a box-set release with everything on it. I'd pay for that in an instant!!