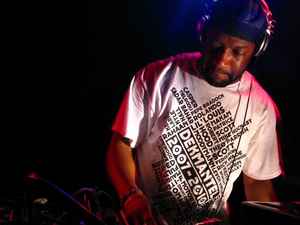 Real Name:
Keith Lamar Worthy
Profile:
Growing up on Detroit’s East Side, Keith Worthy has been immersed in music for the majority of his entire life. “My parents always made sure to expose me to various typesmusic, since I can remember from R & B classics to disco, soul and everything in between”.
As a teenager, Duane “In the Mix” Bradley, one of Detroit’s most legendary D.J./Producers to date, introduced Keith Worthy to spinning in Detroit’s underground housescene. Bradley took Keith under his wing when he was not even old enough to get into clubs, and exposed him to opening at after hours venues in Detroit. Out of this earlyexposure Keith developed his own style and a love for deep abstract house and techno and has continuously evolved in his craft throughout his years behind the decks tobecome one the most versatile selectors regardless of the genre.

Worthy has held his own in DJ booths across the globe, and subsequent to traveling and becoming known for his fierce DJ sets, he has also gained worldwide notoriety for hisproduction endeavors, and as the label owner of the much heralded Aesthetic Audio recording imprint.“The vision for Aesthetic Audio as a brand embodies much of the exact sentiment that is expressed in Worthy’s notorious DJ sets … capturing the raw essence of abstract, and untainted genre free music, and successfully articulating this message without compromise …

As Keith continues to pen the script … there is certainly more of this story to be told …. the best has yet to come Including Worthy’s first full length album project “The $ of Non-Conformance (Spring 2014)
Sites:
aestheticaudioworld.com, Facebook, MySpace, SoundCloud
Aliases:
Lamar (5)
Variations:
Viewing All | Keith Worthy
K. Worthy, Keith Lamar Worthy, Kieth Worthy, Worthy, Worthyisdeep

April 6, 2011
Aka worthyisdeep a bit of an understatement as music rarely comes this good. In my top 5 artists at present along with DJ QU, Fred P., Levon Vincent & Jus-Ed. Top notch.