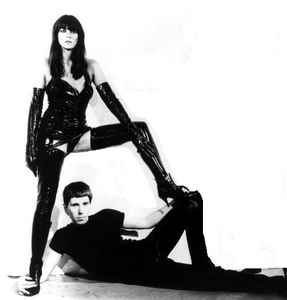 Profile:
Formed in 1981, Chris & Cosey was one half of the Throbbing Gristle spit. Chris Carter and Cosey Fanni Tutti released a series of post-industrial and synth albums through the 1980s and early 90s. They also released more experimental material and collaborations on their own Creative Technology Institute (CTI).

Easily the best of the post-TG groups, but sadly the most overlooked. PTV got lots of attention due to Genesis's (RIP) usual antics despite most of the music not being very good. Coil rightfully has a place in the history of electronic music and Sleazy (RIP) and J. Balance (RIP) were incredibly interesting dudes with an idiosyncratic approach to sound design. But for me, Chris Carter was always the man with the plan as far as TG goes and the way he and Cosey picked up where TG left off is just so much satisfying to me than where the others decided to go. Their first 4 albums, Exotica, and Pagan Tango are filled with unmissable tracks, with moods ranging from dark ambient/industrial, synth-pop, acid, and psychedelia. It's almost criminal how little attention this very prolific duo gets in comparison to their peers. Thank you both for all the wonderful music.