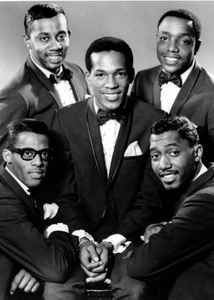 Profile:
American vocal group known for their success with Motown Records during the 1960s and 1970s.
With their distinct harmonies, choreography, & flashy wardrobe, the group was highly influential in the evolution R&B and soul music.

Formed in 1960 in Detroit, Michigan under the name The Elgins (not to be confused with the other Motown act with the same name), they changed their name to The Temptations before being signed at Motown in 1962.
The first Motown recording act to win a Grammy Award, over the course of their career, they have released four Billboard Hot 100 #one singles and fourteen R&B #one singles, making them one of the most successful groups in music history.