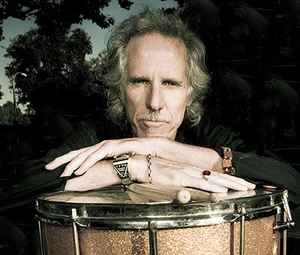 Best known as drummer of The Doors from their beginning in 1964 until the end in 1973. He stayed active in the rock scene till the 1980s when he entered the world of dance, performed with Bess Snyder And Co., touring the United States for two years.

He has also acted both on stage, TV, and film, along with releasing several books both about his time in the Doors and beyond.

Latterly, he started a new band called Tribaljazz who released their first album in 2006.

As a Doors member, he was inducted into the Rock And Roll Hall Of Fame in 1993, in 2007 was recognized with a star on the Hollywood Walk Of Fame, and also in 2007 Densmore and band mates were awarded a Grammy Award for Lifetime Achievement.