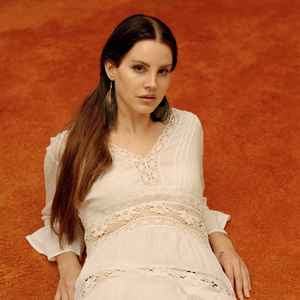 Real Name:
Elizabeth Woolridge Grant
Profile:
Lana Del Rey is an American singer and songwriter born on June 21st, 1985 in New York, USA. She was raised in Lake Placid, a small village in New York. In 2000, when she was fifteen, she was sent to Kent School in Connecticut to deal with her alcohol abuse. After graduating from high school in 2003, she spent a year living in Long Island. After being taught how to play guitar by her uncle, she began playing at nightclubs under various names such as "Sparkle Jump Rope Queen" and "Lizzy Grant and the Phenomena" with no real ambition to pursue music as a career. In the fall of 2004, she enrolled at Fordham University in New York where she studied metaphysics. In her time being there was when her musical experience began. Between 2005 and 2009, she had several music projects including her works as May Jailer and Lizzy Grant. In 2010, she finally released her first album, A.K.A. Lizzy Grant, under the stage name Lana Del Ray - later changed to Lana Del Rey, with an e. Then in 2011, she released her single, "Video Games", bringing international attention to her music. In 2012, she released the album, Born To Die, which has since gone platinum. Over the years, well over 100 of her songs - mostly demos and songs from the May Jailer/Lizzy Grant eras - have been leaked through a variety of mediums.
Sites:
lanadelrey.com, SoundCloud, Wikipedia, YouTube
Aliases:
Elizabeth Grant, Lizzy Grant, May Jailer, Sparkle Jump Rope Queen
Variations:
Viewing All | Lana Del Rey
Del Rey, LANA, LDR, Lana D., Lana Del Ray, Lana DelRey, ラナ?デル?レイ, 拉娜德芮

October 18, 2021
dare i say iconic? yes i dare! no other singer/musician can do anything she does.
Reply Notify me 4 Helpful

Let me know if a variant is missing.

I like the way Lana isn't relying on 'reinventing' herself through costume and characters. (Consider the multi characters of Bowie, Madonna and Gaga).

Lana is always smartly presented, good make up, clothes, no doubt Dollar is involved. Copius lashings of seductive beauty, sex and confidence. However, her latest albums have a relatively stripped back look, almost a no make-up look. This is pure Lana (I 'think' **?!**?), and VERY strong. There's a place for all approaches, but to give credit, it takes a certain strength to leave the character props behind.
Reply Notify me 2 Helpful

September 8, 2021
Moving on from Morghal's below comment, looks like we're heading for another vinyl rainbow (October 22, 2021). Red, white, yellow, black. Three different cover artworks. And little cassettes too. I’m hoping there will be a pen.

La La Lana's really churning them out now. An album every six months . . . it's questionable as to whether she is maintaining the peak she staggeringly keeps with all her albums up to and including Lust for Life.

Check out the Arcadia video. "Et in Arcadia ego". Also in Paradise I am.

There are some interesting finger signs at the 4:10 minute and 5:35 minute intervals: praying + peace + middle finger and tongue out- though the praying is left out at the 5:35 point - just about covers every eventuality! Such brazen sassiness, what a charmer.

Of the 5:45 minutes, I most like the last minute after the 4:25 mark, this is where Lana’s Quirk comes to the fore. Quirk is what makes Lana great: on top / behind the polished songs, she does quirk well. You don’t have to dig deep to find it.
Reply Notify me 1 Helpful

If someone find another version or others Indie Stores names, please let me know.

December 19, 2019
CRAZY how expensive her stuff has gotten! VERY happy to have and OWN a majority of her releases!
Reply  See 8 replies Notify me 3 Helpful