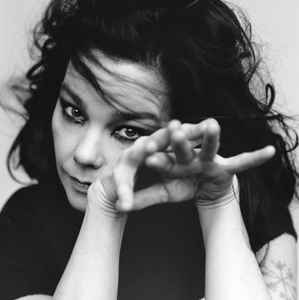 Well known for her creative compositional style and distinct singing, Bj?rk's recording career began in 1977 at the age of 11, when she released (as Bj?rk Guemundsdóttir) her first album, while studying piano and flute at music school. Although the album became platinum, she refused to make another disco-folk follow-up and, at the age of 13, formed her first short-lived punk band, all-girl alliance Spit and Snot (Saliva and Phlegm), where she played the drums. Later on she was involved in projects such as Exodus and Jam 80, all of which without known record releases.

In 1982 she launched punk-pop Tappi Tíkarrass (Cork The Bitch's Arse), releasing an EP and a LP, before she turned into a "serious" rebel by joining forces of the political "existential jazz-punk" of Kukl (Witchcraft), releasing three records. While Bj?rk's vocal expression had matured in Kukl, she attracted worldwide prominence for the first time as one of the lead vocalists of the avant-pop Icelandic sextet The Sugarcubes.

In 1992 she emigrated to the UK, launched a solo career and quickly eclipsed her old band's popularity. Rather than following the Sugarcubes' artsy guitar rock, Bj?rk immersed herself in dance and club culture, working with many of the biggest names in the genre, and receiving remix treatments from Underworld, Dom T., Fluke, μ-Ziq, Goldie, Mika Vainio, Alec Empire, Bogdan Raczynski, Beastie Boys and others.

Her first album Debut established her new artistic direction and became an international hit, making her one of the '90s most unlikely stars. Although the album was recorded with producer Nellee Hooper in 1993, its songs were actually composed during the previous ten years while she was in bands.

Bj?rk quickly developed as a producer, moving from co-producer role on her early albums to full producer role in her later work, as her Music Producers Guild Award for Innovation in the category of production testifies. She is well recognized in both pop and experimental music worlds: her album Vespertine became album of the year by The Wire Magazine in 2001 and she won more than 20 awards in Europe and received 15 nominations in the US.

While Bj?rk developed her unconventional song structures, she has worked with many renowned artists, mainly in the realm of electronic music. One of her long-time friends and main collaborators was Mark Bell of LFO who co-produced many of her songs and even co-wrote a number of pieces over the years. There are other artists who played important roles in the creative part of her work: Guy Sigsworth, Icelandic poet Sjón who helped on lyrics for some of her key songs and video director Michel Gondry.

November 22, 2021
Beloved Bjork... "Unique" is an understatement. Her music is always evolving and never fails to surprise.
<3

August 18, 2021
I remember them always poking fun at her on Beavis and Butthead. I was a kid back then. I wanted to know more. 25+ years later and I can never get enough Bjork. Talent that knows no boundaries. A true artist.

February 8, 2019
amazing talented woman, doesn't have a bad album at all
See 2 replies

February 5, 2019
Is there something odd about how the world perceives Bjork? Her ability and body of work from beautiful songs with mass appeal, across punk, dance, experiments of all sorts which still reach high musical standards and many songs with a new classical purity: she does everything and like no other artist. I'm not sure what it is and I don't really want to ignorantly accuse possibilities of insufficient marketing or sexism . . . but she deserves more wide-spread credit for her constant, inspiring work in varying the potential within music and sound art.

She is recognised seriously by artists and instiutions, many citing her as the 'best in . . . ' and she has won the prizes. She has world-wide recognition in one sense. Yet for all her talent, she's not got the iconic status which many other female or male musicians have.

Maybe some artists are too creative and not fully understood for their complexity. Bowie suffered from this - his range of abilities was simply too great for many to embrace in full. Many Bowie fans bicker about a particular era being the 'definitive Bowie period', when really pretty much all of Bowie's work is great, and the lesser-credited items can be the more ground-breaking. Perhaps we witness the same with Bjork.
See 1 reply

October 30, 2016
. . . what's with the recent explosion of remixes? (As well as various versions of albums.) How do you navigate through them all?

May 17, 2016
So complicated XP
Bjork issued so many kinds on records on every single album

July 25, 2015
The colored vinyl reissues are crap! The vinyl is so thin! They sound ok, but I'm afraid they'll warp at room temperature . . or from the friction of being on a turntable. Hah!
See 3 replies

January 8, 2010
Bjork has reinvented the single. Each one comes as a fantastically wasteful package with a whole bunch of inner sleeves and oversized box, fancy bullshit graphics, ￡30 price tag for a double 12" with a tacked on cd single with the same tracks and a single track video. Don't think about coming out with some politically correct greentalk bullshit after these Bjork, each copy snips another millimetre off the ozone layer! What happened to the plain sleeve and the ￡10 price tag? Who wants to fight with lorryloads of glossy cardboard to get a record out and play it?
See 7 replies