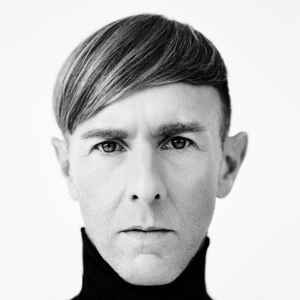 Real Name:
Richard Michael Hawtin
Profile:
Plastikman is Richie Hawtin's main recording identity. Since his debut as States of Mind and FUSE in 1990 to the launch of Plastikman in 1993, his sound has developed through early connotations of acidic techno and extreme levels of energy ('Spastik', 1993) to sonic experiments in futuristic-rhythms and off-world ambience ('Consumed' LP, 1998). More minimal approaches were evident through his year long 12-record project 'Concept 1' from 1996. His recording attention is matched head-on by his groundbreaking DJ performances, which incorporate turntables, effects processors and additional instruments (Roland's TR-909 drum machine and SH-101 synthesizer). His world-renown enhanced DJ set-up of the DE9 series has kept pushing the boundaries of what a DJ can do by increasing the potential of creativity through once again, technology.

August 24, 2021
Consumed is probably top 3 albums of all time for me. Transcendental, evocative, and humbling. No words

March 2, 2021
I thought i was a Big fan, but i must say that Plastikmans Music is boring, and Inlove the genre.

I never succeeded to appreciate any Plastikman stuff, it's often boring, surely repetitive, sometimes really painful and close to nothing; But it's the concept/recipe behind "minimal techno" (at least the "minimal" term is appropriate), like this part of contemporary art consisting in showing monochrome, single line or single stain... Where's the art when it's almost completely up to the spectator to justify artist's act ? When the spectator must work even more than the artist himself ? I hate to feel being in such situation but after all, there's probably nothing to intellectualize here. At max, it's basic material for mixing. FUSE project is far more interesting to me.

Before the time that I listened to Plastikman I was only 16 years old, he was on a issuing sicialian premises, a radio that passed "strange" music so-called or to the vanguard.
Now I am 27 years old, I've achieved a bachelor in law and I haven't never ended to listen to that music they defined "strange".
I've caught up my deeper aspiration: Minimal Sound.
The deep noises, the rhythm noises.
At this point I have all of Plastikman, perhaps some unreleased rare will lack me or "goodness knows other".
I've passed many nights to listen to the "sonorous madnesses" of Richie and I'm much debtor to him if my neurons have begun to turn for the just back.
Sure many times, I became account, than it was not possible to feel it. Pain, the "dead women". At least that one of the spirit.
But other times, others many times, the sounds of him have been hypnotist, evasive, from the abyss of human nature.
I don't know how many people could appreciate this "disease" that I've towards its sounds, but it isn't important for me.
Once I read this: "Minimal is the Answer".
I think it's true.
It has been for me, I hope it'll be for you.
I wish someone will clone Richie Hawtin.