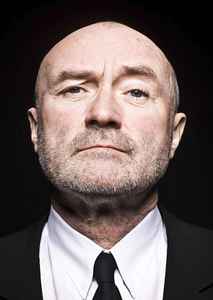 February 7, 2022
Agree with the comments below, the radio & transcription discs need to be in their own section.
Reply Notify me 2 Helpful

February 8, 2021
why not make seperate catagories for Radio-discs/promo's and interview-discs ? This is ridiculous
Reply  See 1 reply Notify me 20 Helpful

May 8, 2020
This is the messiest album discography listing. SERIOUSLY...Discogs, please wake up and reassess, and account for those who had submitted feedback with respect to this! It's time to get some serious spring cleaning done!
Reply  See 2 replies Notify me 19 Helpful

January 28, 2020
This page is as messy as the Metallica one. I wish Discogs would address this.

October 7, 2019
Another really messy artist's front page full of 'releases' that weren't released. Surely if its not a commercial release it should be filed under miscellaneous?
Reply  See 1 reply Notify me 6 Helpful

August 31, 2017
Shouldn't interview discs be in the miscellaneous section? They're not albums...
Reply  See 2 replies Notify me 18 Helpful

November 27, 2016
It's sad that Phil descended to soft rock hell and damaged his reputation with rather arrogant comments. He was a very accomplished drummer and when he rocked, he could truly rock.
Reply  See 2 replies Notify me 3 Helpful